The palace remains largely unchanged since the time of King Karl Johan and King Oskar, making Rosendal Palace a unique record of the European Empire style – known in Sweden as the Karl Johan style.

Today, Rosendal Palace looks very much the same as it did during King Karl XIV Johan and King Oskar's days, which makes it a unique document of the European Empire style.

The Empire style, which in Sweden is also known as Karl Johan style, is characterised by furniture in mahogany, wall-to-wall carpeting and magnificent curtain arrangements in strong colours. The Red Salon, the Blue Salon, the Yellow Salon and the Green Salon are all witness to the importance of colour for the period´s interiors.

Noteworthy parts of the palace to see include the Library, in which Karl XIV Johan's book collection is kept in mint condition and the interior of King Karl XIV Johan's bedchamber which was moved from the Royal Palace in Stockholm to Rosendal in 1913.

The palace can be visited during the summer months when our knowledgeable guides give guided tours. For more information on tour times see Visit us in the right hand menu. 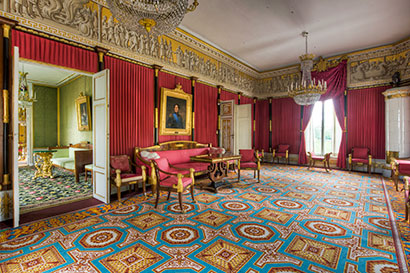 The Red Salon. The Empire style can be seen in the mahogany furniture, the wall-to-wall carpets and the spectacular, brightly coloured curtains. 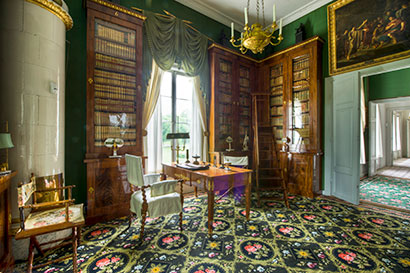 The library, which houses King Karl XIV Johan's collection of books, has been preserved in untouched condition. 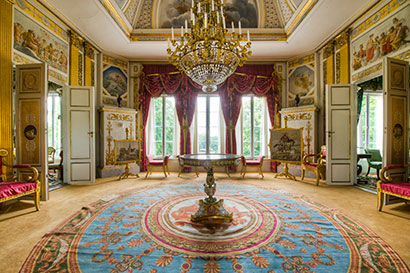 Advance bookings are recommended for larger groups. Rosendal Palace can be booked June–August.

The palace remains largely unchanged since the time of King Karl Johan and King Oskar, making Rosendal Palace a unique record of the Euro...

Explore the buildings at Rosendal that King Karl XIV Johan had built in the 19th century. Rosendal has signs detailing the history of the...

Rosendal Palace was built on southern Djurgården in 1823-27 for King Karl XIV Johan. Fredrik Blom, one of the leading architects of the d...

Video part 1: 200 years of Swedish History with the Bernadotte Dynasty

A Royal family keeping up with the time. '200 years of Swedish History with the Bernadotte Dynasty' is a story told by Dick Harrison, Pro...