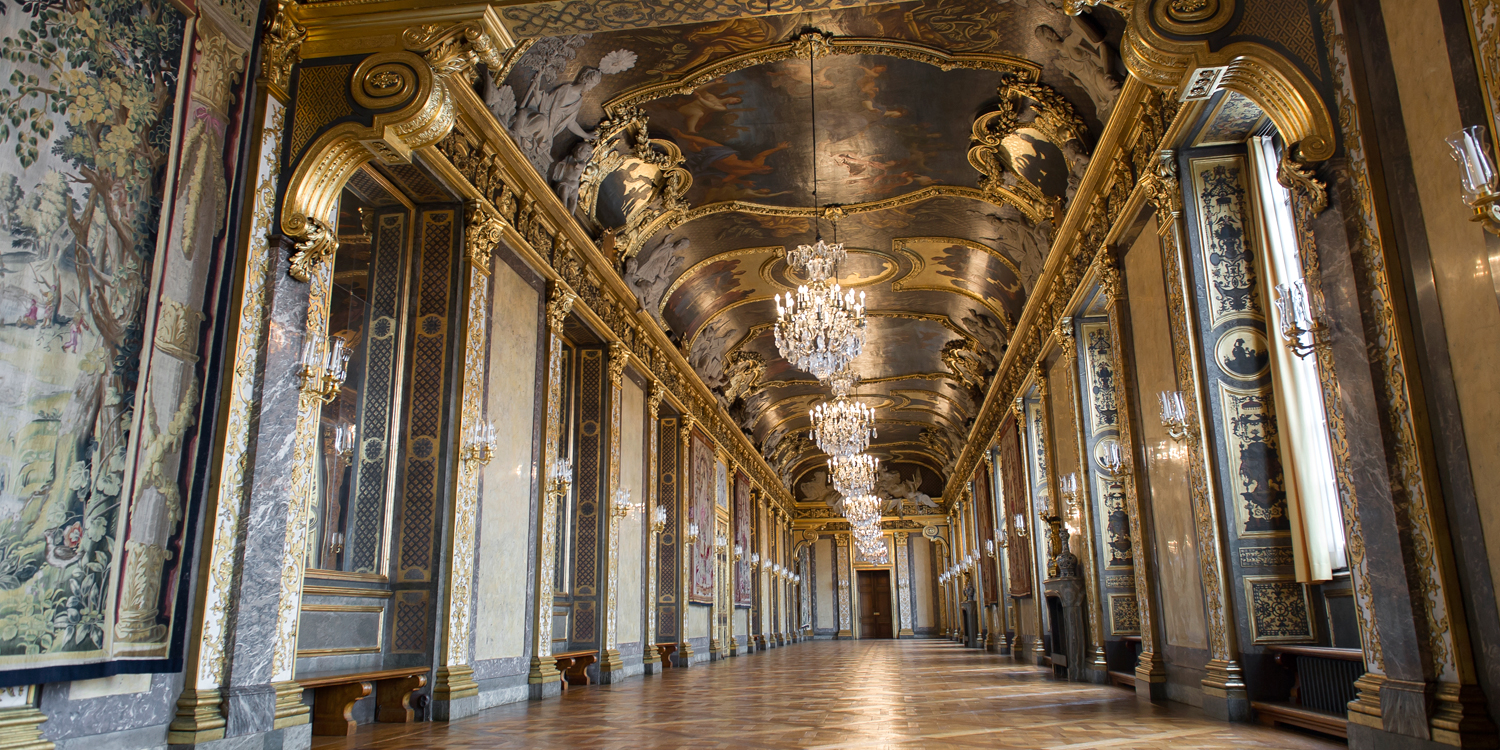 A history of style – Baroque

Construction of the Royal Palace in its current form began in the late 17th century, and is impressive in terms of both its volume and its interiors. Architect Nicodemus Tessin the Younger (1654–1728) – son of the architect of Drottningholm Palace, Nicodemus Tessin the Elder (1615–1681) – had studied in Italy and France, where he picked up the latest contemporary styles and adapted them to suit Swedish conditions. The result was an impressive endnote to the Swedish Age of Greatness, and is usually referred to as Tessin Gold Baroque.

The era was very different to the present day in terms of rules, customs, ceremonies and practice. Rooms had different names and functions, and the functions of furniture and the contexts in which they were used differ from what we might expect today. The French courtly ceremonial style of Versailles and King Louis XIV set the tone for European royal circles. Tessin bore this in mind when designing the palace, which in addition to the royal apartments would also house the country's administration, a palace chapel and many essential, practical spaces.

The northerly Baroque style drew influences from the Northern European, English, Dutch and German stylistic ideals, with dark wooden elements, large, heavy cupboards and chairs known as ladder chairs, crown chairs or Queen Anne style – all following the latest Northern European fashions. In Sweden, this is sometimes known as the Caroline Baroque, as the period coincides with our great warrior kings called Karl.

Nicodemus Tessin the Younger introduced forms and expressions from south of the Alps, primarily from Italy and France.

Skilled craftsmen, artists, sculptors and gilders were brought to Sweden in the 1690s to accomplish the expressions of the stylistic ideal here when the Royal Palace was built in Stockholm. Tessin travelled to the continent on several occasions, becoming friends with some of the historical greats in France, such as Le Brun, Bérain and Le Nôtre. During his years in Italy, Tessin had been a talented student of Lorenzo Bernini and his pupil, Carlo Fontana. This contact was maintained after Tessin left Rome.

Burchardt Precht came from a German family of sculptors, and accompanied Tessin on his study trip to Italy and France in 1687–88. On returning home, Precht opened his own workshop where he produced furniture, mirrors and ecclesiastical pieces in the latest fashions. In 1682, he was named sculptor to the Royal Court. Here in Sweden, Tessin's and Precht's sensitivity to continental fashions resulted in what is now known as the Tessin Gold Baroque.

Tessin's most magnificent fixtures and fittings for the Royal Palace can be seen on the top floor, in Karl XI's Gallery. Like the Hall of Mirrors at Versailles, on which it was modelled, the rich ornamentation of the ceiling frames a pictorial narrative, depicting the king's great achievements accompanied by gods and goddesses from antiquity. The details of its execution and symbolism are fascinating. Today, it is here that official dinners are served. This is a magnificent room, filled with Swedish history and examples of the finest artistic skills of the period. 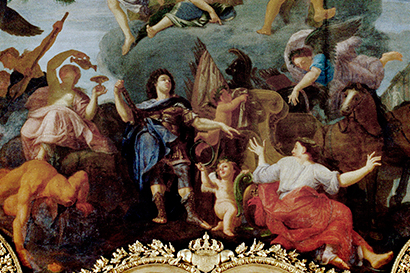 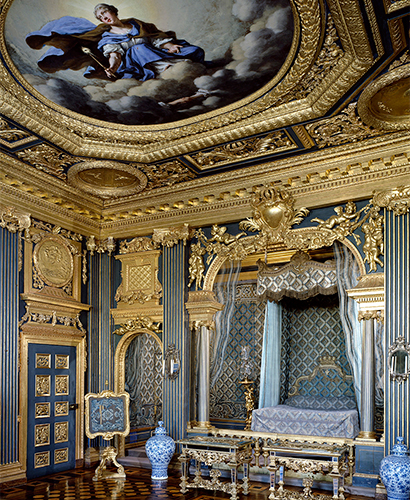 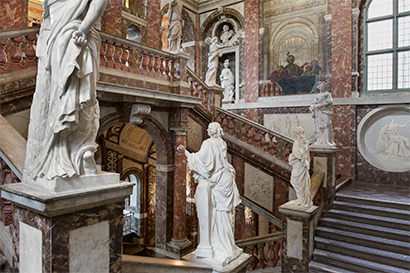 The magnificent staircase at Drottningholm is one of Tessin the Elder's greatest architectural creations, and was built in 1665–1687 for Queen Hedvig Eleonora. Photo: Alexis Daflos/Royalpalaces.se

BAROQUE AT THE ROYAL PALACES

Opens in new window.
The original function of the Royal Palace

Sweden's most lavish Baroque environment in 360°

A HISTORY OF STYLE AT THE ROYAL PALACES

TYPICAL FEATURES OF THE BAROQUE STYLE

Baroque style is symmetrical and richly ornamented, expressing splendour and abundance. It is a manifestative style in every respect, at a time when the influence of the Thirty Years' War was clearly felt in Europe. Cupboards and furniture stand on firm foundations. There is an expressive weight, but also a sense of balance that creates harmony. S-shaped curves are common features of both paintings and furnishings. In terms of ornamentation, this tended to be more extravagant in Southern Europe, becoming more restrained further north. The tales of classical gods were well known among educated circles, and mythological heroes lent their strength and power to the owner of a room in the form of allegorical references in tapestries, ceilings and decoration.

Take a tour through the Royal Stables, with its harness room, cars and carriage houses.